Five Nights At Freddy's Wiki
Register
Don't have an account?
Sign In
Advertisement
in: Five Nights at Freddy's 4, Game, The Core Collection

Free
Five Nights at Freddy's 4: The Final Chapter is fourth installment in the Five Nights at Freddy's series. It was announced on Scott Cawthon's website on April 27th, 2015 with a scheduled release on August 8th, 2015. The game was suddenly released on July 23rd, 2015. Although to keep the Halloween theme, the game received two major updates on October 31st. This the end of the original Story.

"This time, the terror has followed you home.

In this last chapter of the Five Nights at Freddy's original story, you must once again defend yourself against Freddy Fazbear, Chica, Bonnie, Foxy, and even worse things that lurk in the shadows. Playing as a child whose role is yet unknown, you must safeguard yourself until 6am by watching the doors, as well as warding off unwanted creatures that may venture into your closet or onto the bed behind you.

You have only a flashlight to protect yourself. It will scare away things that may be creeping at the far end of the hallways, but be careful, and listen. If something has crept too close, then shining lights in its eyes will be your end."

Five Nights at Freddy's 4, based on over 2,300 reviews on the game's Steam page, were overwhelmingly positive with 96% of the reviews being positive.

Nic Rowen of Destructoid gave the game a 4/10, citing problems with the breathing mechanic, the series and that the "rules don't feel tight. Things are sloppier, with more guesswork and chance baked into the experience. When I died, I often had no idea what I did wrong... when I succeeded I wasn't always sure why. Frustrating deaths and unearned victories are equally unsatisfying in their own way." 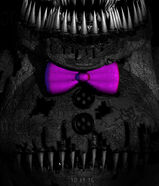 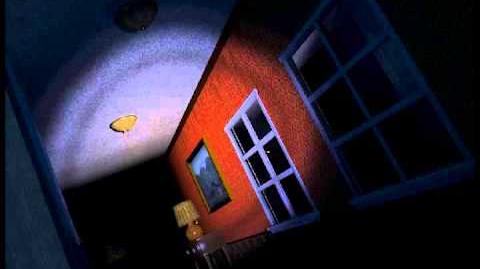