Five Nights At Freddy's Wiki
Register
Don't have an account?
Sign In
Advertisement
in: Five Nights at Freddy's 3, Game, The Core Collection

It takes place in a haunted amusement park attraction, similar to the Freddy Fazbear's Pizza it is based on. It puts you, the player, in the shoes of the security guards it is based on for the sake of "authenticity".

The game features a new animatronic, the new phantom animatronics, and a new maintenance system.

"Thirty years after Freddy Fazbear's Pizza closed it's doors, the events that took place there have become nothing more than a rumor and a childhood memory, but the owners of "Fazbear's Fright: The Horror Attraction" are determined to revive the legend and make the experience as authentic as possible for patrons, going to great lengths to find anything that might have survived decades of neglect and ruin.

At first there were only empty shells, a hand, a hook, an old paper-plate doll, but then a remarkable discovery was made...

The attraction now has one animatronic."

This game no longer has lights or doors, but now there is an even more complex ventilation system and it lets us have the ability to block off one vent. A maintenance panel has been added so the player must now deal with audio errors, video errors, and ventilation errors.

New phantom animatronics have been added and will jumpscare the player, often leaving some type of audio error, video error, ventilation error, or an unfortunate combination of two or all three, but usually will not result in death.

Five Nights at Freddy's 3 received generally mixed to positive reviews. Metacritic gave the game a score of 71/100, and GameRankings scored the game at 72.00% averaging 4 reviews.

Omri Pettite of PC Gamer gave the game a 77/100 where he praised the reworked camera system and the scarier atmosphere, but mentioned that the jumpscares get old quick. Nic Rowen of Destructoid scored the game at 6.5/10, remarking that even though Five Nights at Freddy's 3 "by far the most technically proficient and mechanically satisfying installment yet" and "striking just the right balance of pressure, jump scares, luck, and skillful management of the tools provided to make it through the night", he criticized Springtrap and Fazbear's Fright for lacking the "charm of the original cast and locations."

The whole game has a relative look to a park attraction with kids drawings and wires all over the place. Every room has various items such as, old arcade machines, pieces of animatronic parts (Foxy Head, Chica Head, Bonnie head and torso, the box of various animatronic parts in the office), lots and lots of drawings, and even a few paper plate dolls. There are also some pizza decorations here and there. 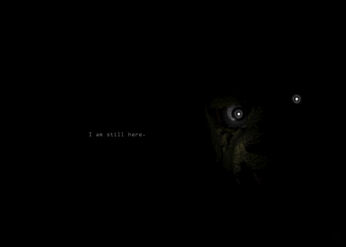 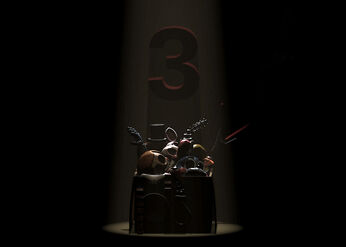 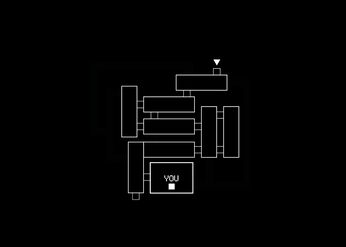